So far this book has focussed on tibbles and packages that work with them. But as you start to write your own functions, and dig deeper into R, you need to learn about vectors, the objects that underlie tibbles. If you’ve learned R in a more traditional way, you’re probably already familiar with vectors, as most R resources start with vectors and work their way up to tibbles. I think it’s better to start with tibbles because they’re immediately useful, and then work your way down to the underlying components.

Vectors are particularly important as most of the functions you will write will work with vectors. It is possible to write functions that work with tibbles (like ggplot2, dplyr, and tidyr), but the tools you need to write such functions are currently idiosyncratic and immature. I am working on a better approach, https://github.com/hadley/lazyeval, but it will not be ready in time for the publication of the book. Even when complete, you’ll still need to understand vectors, it’ll just make it easier to write a user-friendly layer on top.

The focus of this chapter is on base R data structures, so it isn’t essential to load any packages. We will, however, use a handful of functions from the purrr package to avoid some inconsistencies in base R.

There are two types of vectors:

The chief difference between atomic vectors and lists is that atomic vectors are homogeneous, while lists can be heterogeneous. There’s one other related object: NULL. NULL is often used to represent the absence of a vector (as opposed to NA which is used to represent the absence of a value in a vector). NULL typically behaves like a vector of length 0. Figure 20.1 summarises the interrelationships. 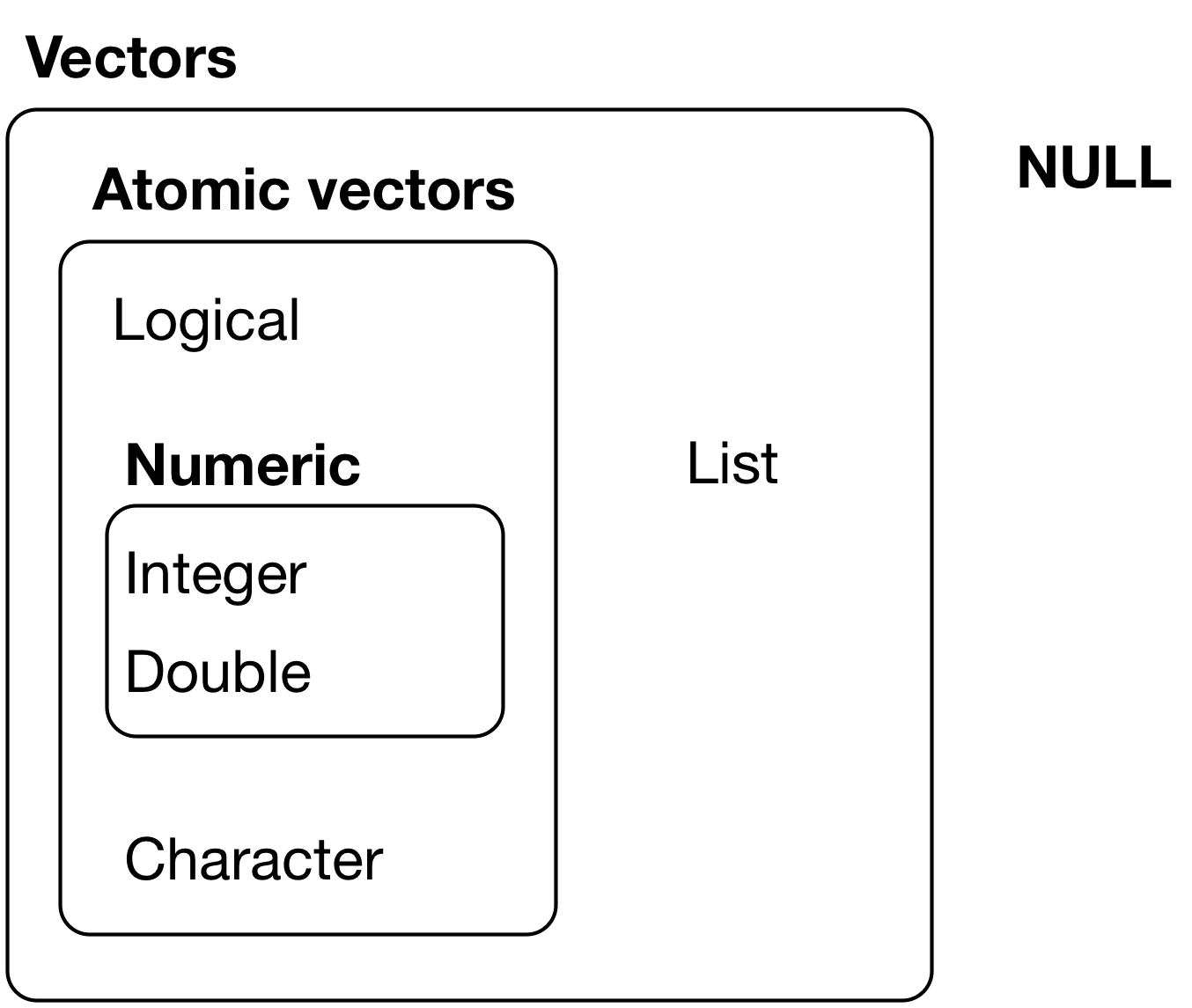 Every vector has two key properties:

This chapter will introduce you to these important vectors from simplest to most complicated. You’ll start with atomic vectors, then build up to lists, and finish off with augmented vectors.

The four most important types of atomic vector are logical, integer, double, and character. Raw and complex are rarely used during a data analysis, so I won’t discuss them here.

Integer and double vectors are known collectively as numeric vectors. In R, numbers are doubles by default. To make an integer, place an L after the number:

The distinction between integers and doubles is not usually important, but there are two important differences that you should be aware of:

Character vectors are the most complex type of atomic vector, because each element of a character vector is a string, and a string can contain an arbitrary amount of data.

You’ve already learned a lot about working with strings in strings. Here I wanted to mention one important feature of the underlying string implementation: R uses a global string pool. This means that each unique string is only stored in memory once, and every use of the string points to that representation. This reduces the amount of memory needed by duplicated strings. You can see this behaviour in practice with pryr::object_size():

Note that each type of atomic vector has its own missing value:

Normally you don’t need to know about these different types because you can always use NA and it will be converted to the correct type using the implicit coercion rules described next. However, there are some functions that are strict about their inputs, so it’s useful to have this knowledge sitting in your back pocket so you can be specific when needed.

Now that you understand the different types of atomic vector, it’s useful to review some of the important tools for working with them. These include:

There are two ways to convert, or coerce, one type of vector to another:

You may see some code (typically older) that relies on implicit coercion in the opposite direction, from integer to logical:

In this case, 0 is converted to FALSE and everything else is converted to TRUE. I think this makes it harder to understand your code, and I don’t recommend it. Instead be explicit: length(x) > 0.

It’s also important to understand what happens when you try and create a vector containing multiple types with c(): the most complex type always wins.

An atomic vector can not have a mix of different types because the type is a property of the complete vector, not the individual elements. If you need to mix multiple types in the same vector, you should use a list, which you’ll learn about shortly.

Sometimes you want to do different things based on the type of vector. One option is to use typeof(). Another is to use a test function which returns a TRUE or FALSE. Base R provides many functions like is.vector() and is.atomic(), but they often return surprising results. Instead, it’s safer to use the is_* functions provided by purrr, which are summarised in the table below.

As well as implicitly coercing the types of vectors to be compatible, R will also implicitly coerce the length of vectors. This is called vector recycling, because the shorter vector is repeated, or recycled, to the same length as the longer vector.

This is generally most useful when you are mixing vectors and “scalars”. I put scalars in quotes because R doesn’t actually have scalars: instead, a single number is a vector of length 1. Because there are no scalars, most built-in functions are vectorised, meaning that they will operate on a vector of numbers. That’s why, for example, this code works:

In R, basic mathematical operations work with vectors. That means that you should never need to perform explicit iteration when performing simple mathematical computations.

While vector recycling can be used to create very succinct, clever code, it can also silently conceal problems. For this reason, the vectorised functions in tidyverse will throw errors when you recycle anything other than a scalar. If you do want to recycle, you’ll need to do it yourself with rep():

All types of vectors can be named. You can name them during creation with c():

Or after the fact with purrr::set_names():

Named vectors are most useful for subsetting, described next.

So far we’ve used dplyr::filter() to filter the rows in a tibble. filter() only works with tibble, so we’ll need new tool for vectors: [. [ is the subsetting function, and is called like x[a]. There are four types of things that you can subset a vector with:

To learn more about the applications of subsetting, reading the “Subsetting” chapter of Advanced R: http://adv-r.had.co.nz/Subsetting.html#applications.

There is an important variation of [ called [[. [[ only ever extracts a single element, and always drops names. It’s a good idea to use it whenever you want to make it clear that you’re extracting a single item, as in a for loop. The distinction between [ and [[ is most important for lists, as we’ll see shortly.

Lists are a step up in complexity from atomic vectors, because lists can contain other lists. This makes them suitable for representing hierarchical or tree-like structures. You create a list with list():

A very useful tool for working with lists is str() because it focusses on the structure, not the contents.

Unlike atomic vectors, list() can contain a mix of objects:

Lists can even contain other lists!

To explain more complicated list manipulation functions, it’s helpful to have a visual representation of lists. For example, take these three lists:

I’ll draw them as follows: 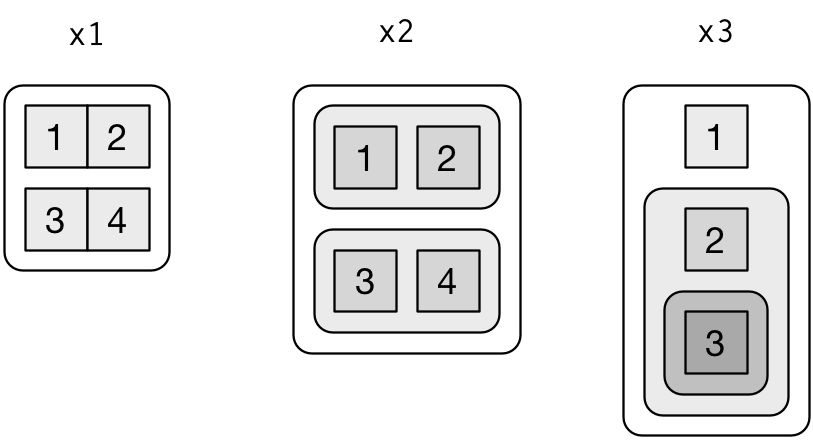 There are three principles:

The distinction between [ and [[ is really important for lists, because [[ drills down into the list while [ returns a new, smaller list. Compare the code and output above with the visual representation in Figure 20.2. 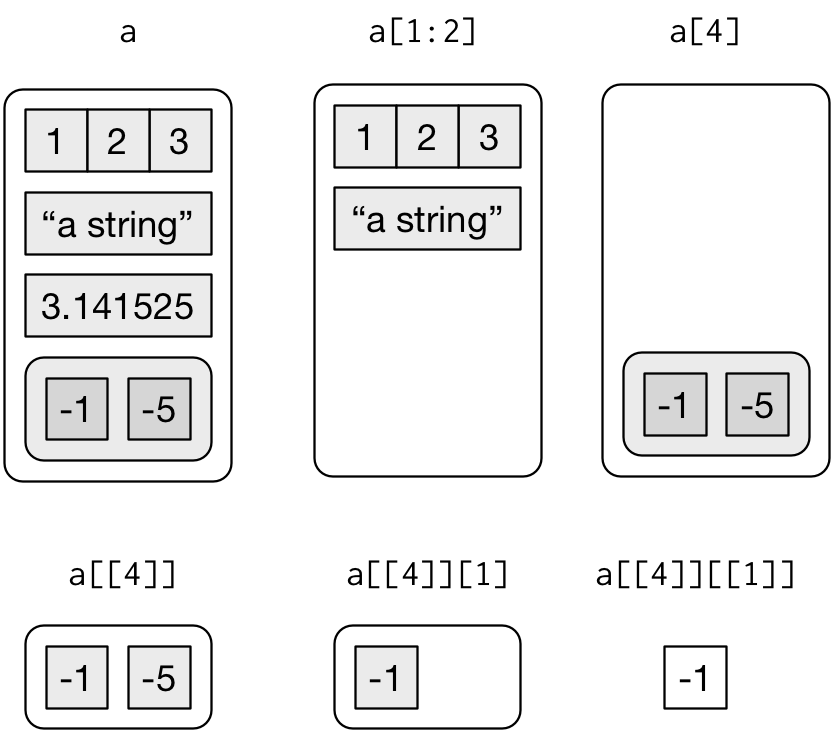 The difference between [ and [[ is very important, but it’s easy to get confused. To help you remember, let me show you an unusual pepper shaker. 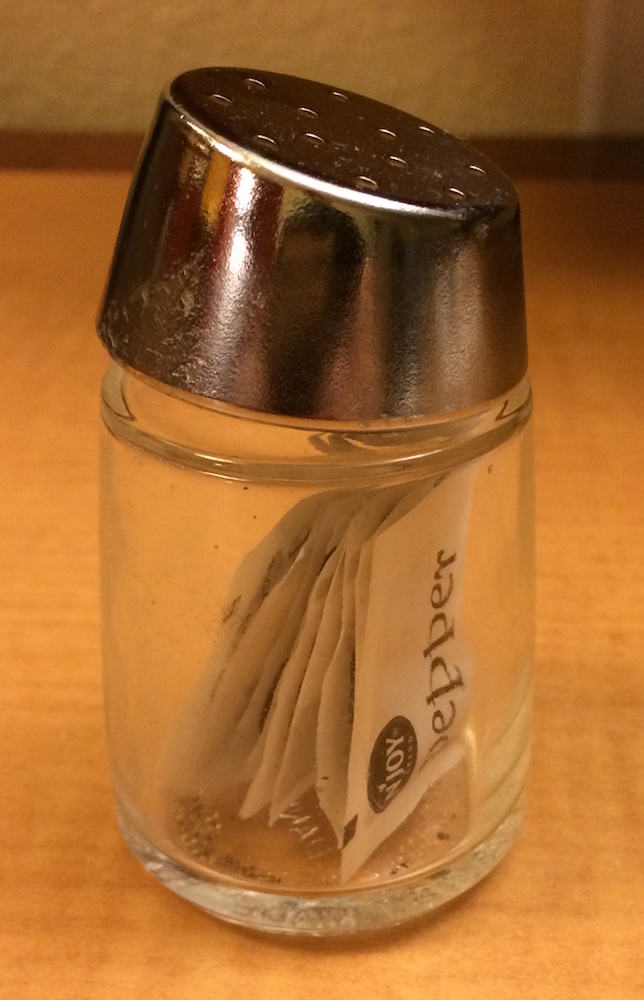 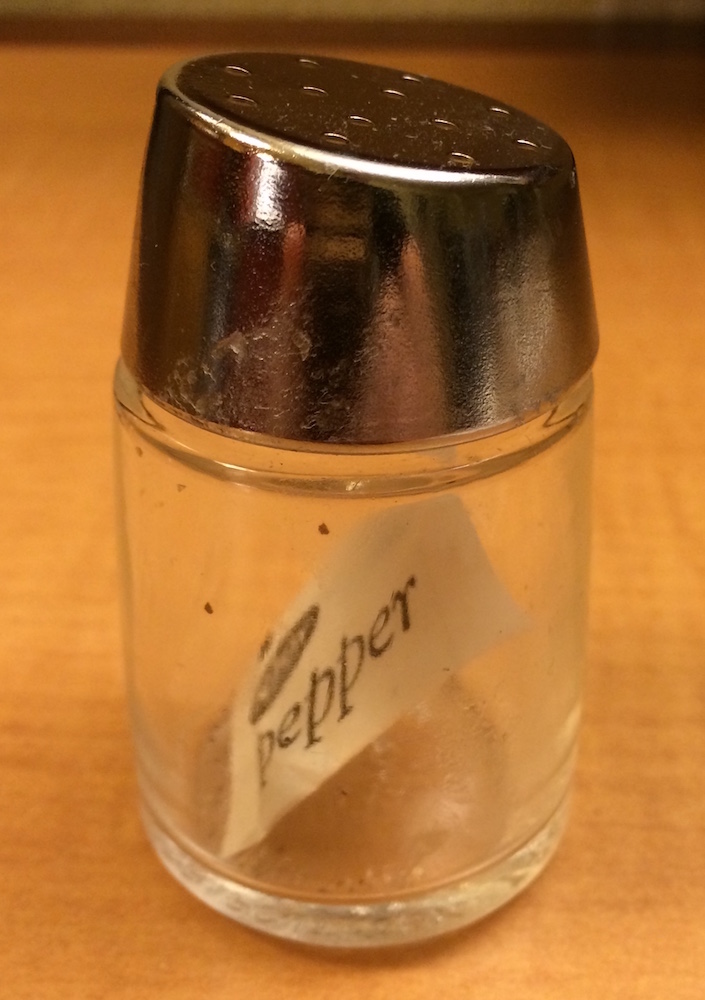 x[2] would look the same, but would contain the second packet. x[1:2] would be a pepper shaker containing two pepper packets. 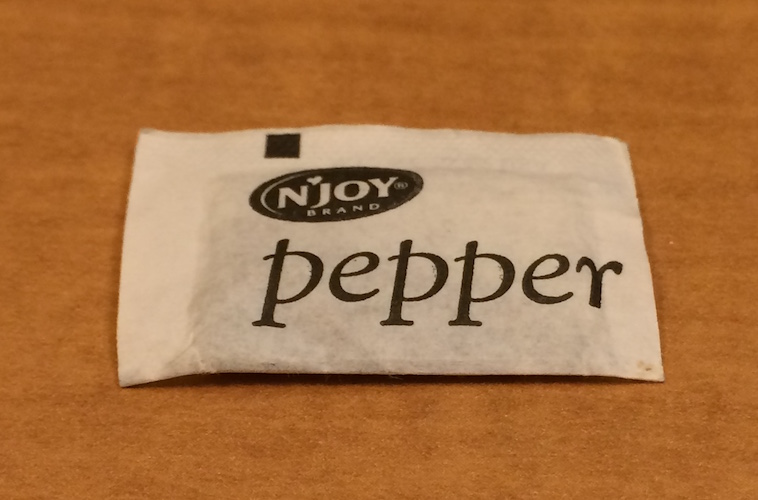 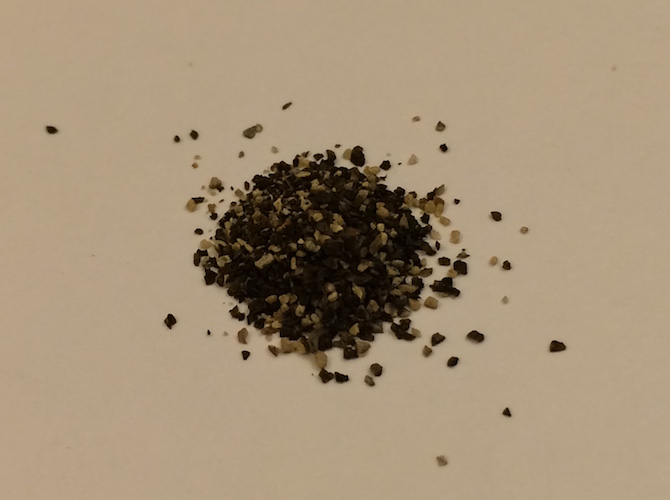 Any vector can contain arbitrary additional metadata through its attributes. You can think of attributes as named list of vectors that can be attached to any object. You can get and set individual attribute values with attr() or see them all at once with attributes().

There are three very important attributes that are used to implement fundamental parts of R:

You’ve seen names above, and we won’t cover dimensions because we don’t use matrices in this book. It remains to describe the class, which controls how generic functions work. Generic functions are key to object oriented programming in R, because they make functions behave differently for different classes of input. A detailed discussion of object oriented programming is beyond the scope of this book, but you can read more about it in Advanced R at http://adv-r.had.co.nz/OO-essentials.html#s3.

The call to “UseMethod” means that this is a generic function, and it will call a specific method, a function, based on the class of the first argument. (All methods are functions; not all functions are methods). You can list all the methods for a generic with methods():

You can see the specific implementation of a method with getS3method():

The most important S3 generic is print(): it controls how the object is printed when you type its name at the console. Other important generics are the subsetting functions [, [[, and $.

These are described below.

Factors are designed to represent categorical data that can take a fixed set of possible values. Factors are built on top of integers, and have a levels attribute:

Dates in R are numeric vectors that represent the number of days since 1 January 1970.

Date-times are numeric vectors with class POSIXct that represent the number of seconds since 1 January 1970. (In case you were wondering, “POSIXct” stands for “Portable Operating System Interface”, calendar time.)

The tzone attribute is optional. It controls how the time is printed, not what absolute time it refers to.

There is another type of date-times called POSIXlt. These are built on top of named lists:

POSIXlts are rare inside the tidyverse. They do crop up in base R, because they are needed to extract specific components of a date, like the year or month. Since lubridate provides helpers for you to do this instead, you don’t need them. POSIXct’s are always easier to work with, so if you find you have a POSIXlt, you should always convert it to a regular data time lubridate::as_date_time().

Tibbles are augmented lists: they have class “tbl_df” + “tbl” + “data.frame”, and names (column) and row.names attributes:

The difference between a tibble and a list is that all the elements of a data frame must be vectors with the same length. All functions that work with tibbles enforce this constraint.

The main difference is the class. The class of tibble includes “data.frame” which means tibbles inherit the regular data frame behaviour by default.